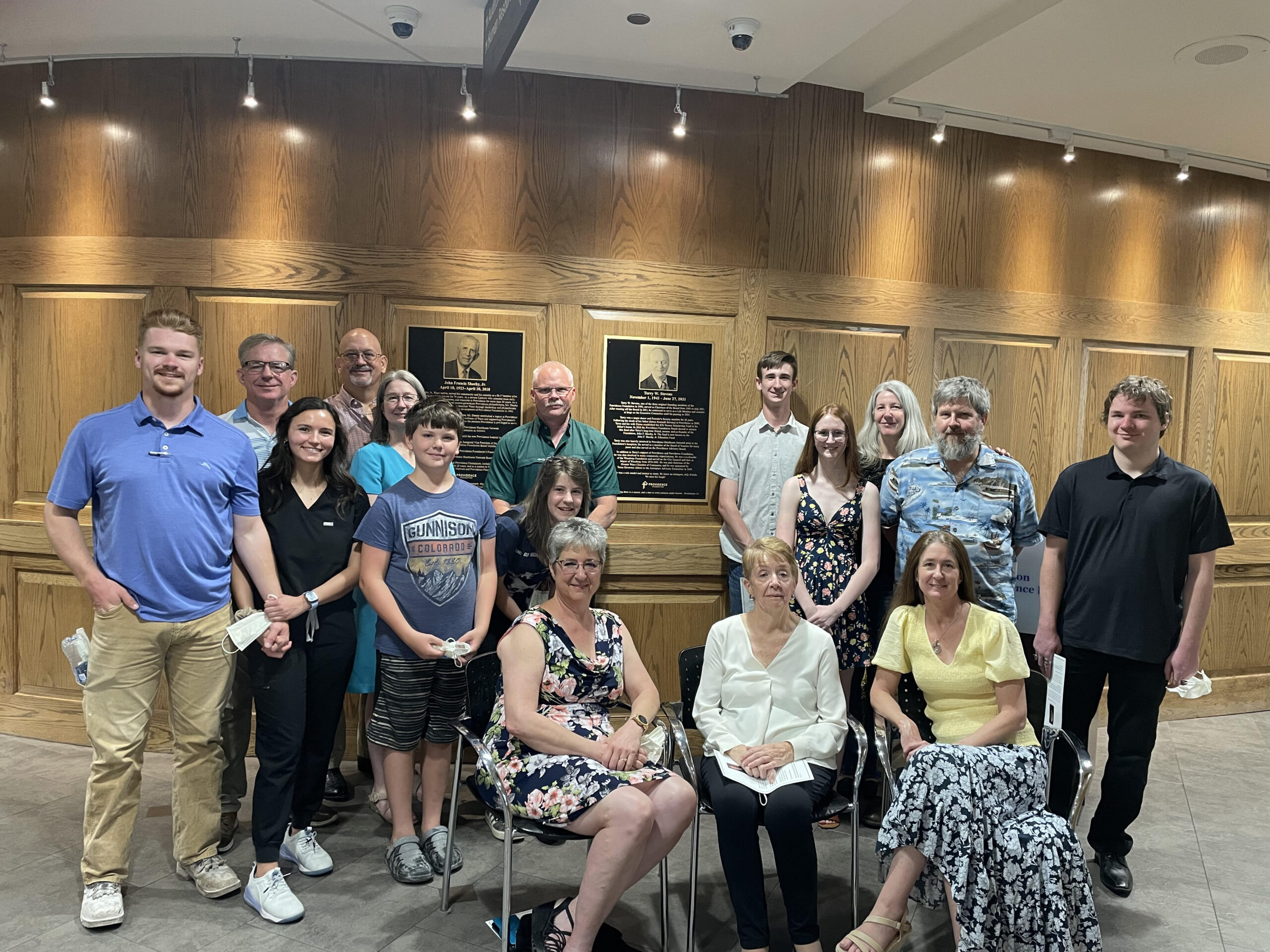 On July 18th we blessed a Legacy Plaque for the late Terry Stevens, surrounded by his family and friends. Terry Stevens was a strong advocate for Ascension Providence and Providence Foundation. We are thankful for his many years of expertise and guidance.

Terry W. Stevens, one of the three original founding members of the Providence Foundation in 1993, served as Chairman of the Board from 1993 to July 2011. After rotating off the Board in 2011, he continued to serve as a Life Member and member at large on the Executive Committee until his passing in 2021.

Terry was a major donor and Founder’s Society member for 38 years. Following the death of his father (James Kenneth Stevens) at Providence in 2008, Terry and his wife Elaine established the ICU Nurses Scholarship Fund in his father’s honor. In 2018 the Providence Foundation Board elected to rename this fund after Terry’s long-time friend, mentor, and co-founder of the Foundation, John F. Sheehy, Jr. The fund is now known as the John F. Sheehy, Jr. Education Fund.

Terry was also heavily involved in Providence Healthcare Network prior to the Foundation’s inception. He served as a member of the Board of Trustees for many years and also served on the Providence Advisory Board.

In addition to Terry’s support of Providence and Providence Foundation, he was also involved in many community organizations. He was a co-founder of the Woodway Foundation and served on the City Council and then as Mayor of Woodway from 1974-1981. He was past chairman of the Greater Waco Chamber of Commerce, and he was appointed by Texas Governor Abbott to the Aerospace Advisory Committee in 2016.

Terry was a role model and mentor to many. He knew no strangers, only friends. We miss his laugh!

To every thing there is a season, and a time to every purpose under heaven. Ecclesiastes 3:1