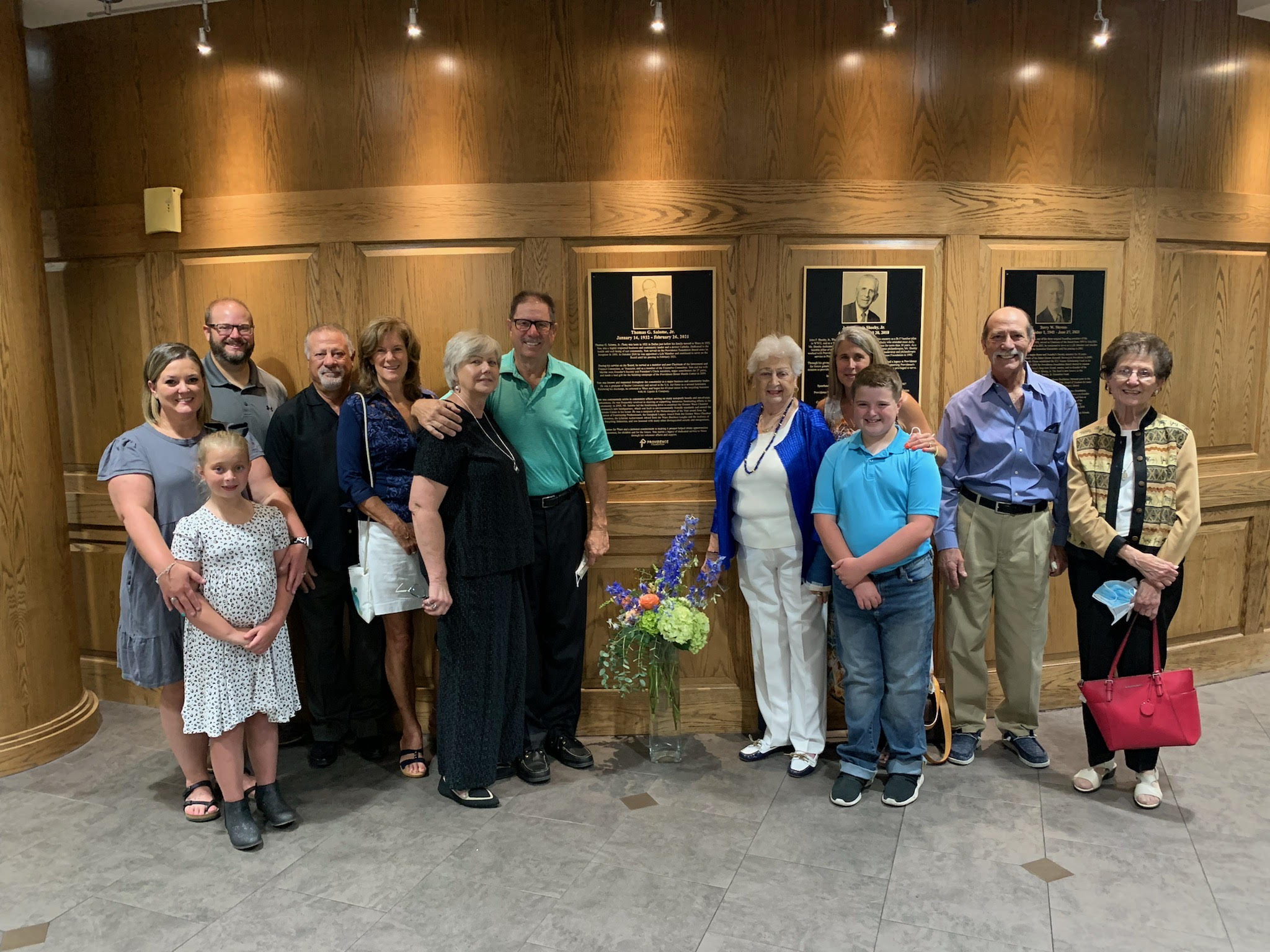 On August 1st we blessed a Legacy Plaque for the late Tom Salome, surrounded by his family and friends. Tom Salome had a long history of dedicating his time, talents and treasure to Ascension Providence and Providence Foundation. We are thankful for his many years of expertise and guidance.

Thomas G. Salome, Jr. (Tom) was born in 1932 in Dallas just before his family moved to Waco in 1932. Tom was a highly respected business and community leader and a devout Catholic. Dedicated to the health and well being of our community, Tom served on the Providence Foundation Board since its inception in 1993. In October 2010 he was appointed a Life Member and continued to serve on the Board until his passing in February 2021.

During his service on the Board, he served as a member and past Chairman of the Investment and Finance Committee, as Treasurer, and as a member of the Executive Committee. Tom and his wife Martha were Founder’s Society and President’s Circle members, major contributors for 27 years, and made a lead gift for the building campaign of the Providence Breast Health Center in 2009.

Tom was known and respected throughout the community as a major business and community leader. He was a graduate of Baylor University and served in the U.S. Air Force as a second lieutenant. Following his discharge, he returned to Waco and began his 63-year career in the recycling business with M. Lipsitz & Company.

Tom was continuously active in community affairs serving on many non-profit boards and out-of-state organizations. He was frequently involved in chairing or supporting numerous fundraising efforts in the community. In 2008, Mr. Salome led the fundraising drive to construct the Greater Waco Chamber of Commerce’s new headquarters, which was built to environmentally friendly standards and named the Salome Center in his honor. He was a recipient of the Philanthropist of the Year award from the Association of Fundraising Professionals, the Inaugural Legacy Award from the Greater Waco Chamber of Commerce, the Lifetime Achievement Award from the Waco Business League and the Institute of Scrap Recycling Industries, and was honored with many other distinguished awards and recognitions.

His passion for Waco and a personal commitment to making it prosper helped create opportunities for businesses, for children and for the future. Tom leaves a legacy of dedicated service to Waco through his volunteer efforts and support.